In this IFA Network Marketing Review you will cover:

Without further ado let get started…

If you are in the hurry you can watch my IFA Review the video version in this video below:

IFA is a South African network marketing that you can sign up for and start earning money by recruiting people to become IFA members. IFA is a very legit company and it is been around since 1998.

To make decent money with IFA you need to recruit a lot of people and those people have to pay a membership or R55 per month and subscribe to one of the clientele insurance plans.

The same energy if you invest it in the internet and affiliate marketing you can make decent money online from anywhere in the world.

You can check out My Top Recommendation platform for more training on how to start your online business and make recurring income with your laptop and internet connections. 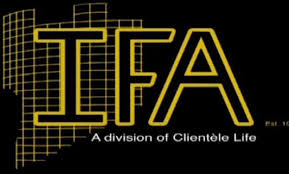 Their website is ifa.co.za it is a South African Network Marketing company that sells Clientele insurance services through their members.

IFA provides a business opportunity to all South African who want to make extra income.

The company was found in 1998 and they have paid out over R1.5 billion to their active members and this can assure you that IFA is legit.

How To Become an IFA?

As an IFA applicant you will need to have:

If you are a non-South African living in South Africa and you want to become an IFA member and earn an extra income.

You will need to have a valid work permit and be registered as a South African taxpayer.

How Does IFA Works?

After that, you need to teach your team the importance of paying the premium insurance and IFA Membership fee.

The formula to succeed as IFA Member is IMF which stands for:

Once you understand the IFA Business Model. You can decide to become an IFA then you will need to choose one of these Clientele assurance Policy Plans.

Your job is to network with people and recruit them to join IFA that how people make money in this business.

If you hate the fact that you will need to recruit people to make money.

You can also check out My Top Recommendation and build your internet marketing without recruiting anyone.

How Can I Make Money With IFA

You can earn money with IFA from Level 1 to 6. The earnings differ from levels and the insurance plan your team subscribes to.

To start earning you will need to qualify as IFA Earner and pay your IFA membership fee every month.

They are 2 ways to earn as IFA Member

Below is how the IFA Bonuses works:

By looking at this number and the earnings you will quickly understand that is not easy to earn a decent income with IFA.

It will need hard work and a lot of effort to earn decent money while IFA makes a lot of money by watching you recruiting people.

I have reviewed another company called Duepoint. I can not recommend anyone to join a Network Marketing Company.

Let look at an alternative of IFA which is Affiliate Marketing

Let say you join Clickbank (Affiliate Network) is completely free to join. You become an affiliate and decide to promote the product below

People are building a 5 to 6 figure online business with Affiliate Marketing.

I always recommend my audience to start an Affiliate Marketing business then network marketing.

Yes, it needs a lot of work

But if you do it well you can build a successful online business in less than a year and quit your job.

You can check out My Work At Home Jobs and see how it works. Network Marketing is a good marketing strategy for companies to save money on advertisement.

But is not a good business model for distributors and I doubt even 30% of IFA Members are making R10,000 per month.

How Do I Get Paid With IFA?

Once you qualify as IFA Earner you will get pay every month through direct deposit you will need to understand the importance of IMF to maximize your earnings.

Is IFA Worth it?

I have reviewed many Network Marketing like Duepoint, Longrich, Herbalife and a lot more.

Those opportunities demand a lot of time and energy to make a decent income. People who are making money with Networking marketing are those on the upline.

Yes, IFA is worth it in terms of the insurance plan that you are getting as an IFA member.

But, when it comes to making money you will need to be a go-getter and build a strong team that has the same vision as you.

But I will not recommend anyone to join any Network Marketing the chance to succeed in this business is only 1%.

One thing, you need to know about network marketing.

The company will tell you that you are a partner in reality you are their salesperson and a potential client.

The fact that you can work by yourself without a damn boss. You can work part-time or full-time that is what I like about IFA.

Let see what I like more with IFA below:

What I have to say about IFA even though I do not like Network Marketing they give an opportunity to everyone who wants to make extra income.

Investing in yourself and your Family

Clientele Life is the biggest insurance company in South Africa. By joining IFA Business you will subscribe to one of their insurance that will cover you and your family.

If you read through my IFA Network Marketing Review. You understand this business model is very beneficial to IFA as a member you won’t make much.

Let look at what I do not like about IFA

In order to make decent money, you will need to recruit a lot of people. The more people you recruit the more money you make.

The problem with recruit people is that you will start harassing your families, colleagues and your friends to join IFA.

The waste scenario is someone in your surround I have already introduced them to IFA and they have tried it out and know how hard is to recruit people. You do not have more people to recruit

IFA does not have any retail product or service to sell to the public. IFA members are focus on recruiting people to join the scheme.

Below is the definition of the pyramid scheme.

“ A business model that recruits members via a promise of payments or services for enrolling others into the scheme, rather than supplying investments or sale of products”.

In Uk, Canada, Australia, the USA  and even South Africa pyramid scheme is illegal. They are covering up with Clientele Services to make it legit.

There is not a perfect company that what you need to put in mind. Every company has its pros and cons.

I have seen many IFA Complaints on hellopeter.com you can check it out.

But in this IFA Network Marketing Review, I will include a few of the Complaints. It is time for you to find out your deal breaker.

I have found a lot of complaints about the call centre agent. Whenever you have an issue and you need help you can not get it from them.

When the agent does not have an answer to your inquire they always end up the call to escape your concern.

Too much work but little rewards

This is a symptom of all Network Marketing. You will need a lot of time and energy to build the down line to make money.

To make decent money you will need to recruit a lot of people. Mostly harass your friends and families

Is IFA a Scam?

Yes, IFA is a legit company and they have been in business for more than 22 years. But to make decent money with IFA you will need to recruit a lot of people and build a solid team

If you join IFA you will need to understand the importance of inviting people, attending the presentation and teaching them how to build the team.

Understanding the IMF is very important as an IFA member. If you do not want anything about recruiting people to make money.

You can try My Top Recommendation. The only thing you need is a laptop and internet connection to make money online.

The IFA helps many peoples to earn extra income since 1998. They have paid out their members more than 1.5 Billion.

If you have read IFA Network Marketing Review until here you will understand its pros and Cons.

As IFA Member you will need to recruit people to join IFA and make sure they understand the business opportunity to make money as a team.

Also, the money will earn with IFA is too little. It will need you to recruit a lot of people on your downline for you to quit your job and be a full-time IFA Member.

If you are looking for a real deal business that does not involve recruiting people to build a passive income.

You can start your Affiliate Marketing Training. All you need is a laptop and internet connection and build a successful business online.

Your IFA Network Marketing Review and Your Experience

Please consider leaving your own review about IFA and your experience whether good or bad it does not matter as long as if useful to the readers.

Thank you for your support